A while back I blogged about font rendering in Fedora. At that time I had settled on using the Infinality font patches. That post is one of the most frequently viewed posts on my blog, and as a result of a recent discovery, I felt I needed to follow up with a second post.

I ran into an interesting situation. I noticed that I had to launch Konsole twice to get my fonts to render correctly. The first time I would launch, it would look like this: 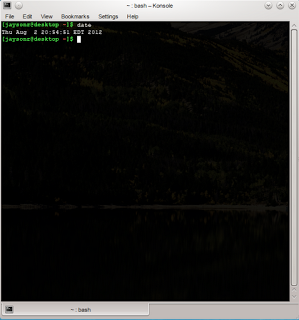 I could close and reopen Konsole, and I would then get better rendering such as this: 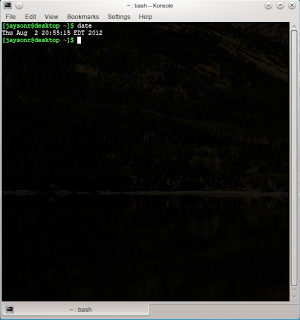 Thinking this could be a KDE problem since I was running KDE Unstable, I decided to pose my question on the fedora-kde mailing list. Several folks suggested removing the Infinality patches, and pointed out a few problems with them. I did so, and installed freetype-freeworld from RPM Fusion and now, my fonts look (to me) even better than they did with the Infinality patches: 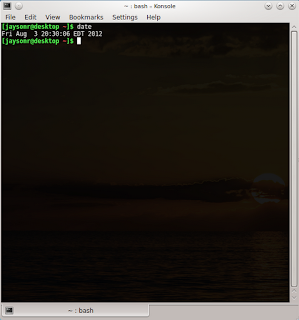 Here is how my fonts are configured within KDE as well: 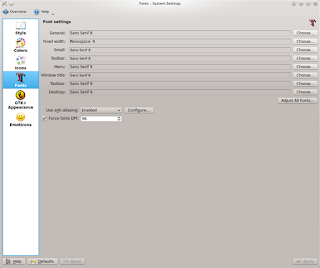 This also cured the issue I was having specifically with Konsole.
Posted by Jayson Rowe at 8:39 PM